Thomas Nelson’s ballroom dance team, which last competed in December 2020, didn’t miss a beat in its return to competition.

Six newcomers, who have been dancing since just February, joined four veterans on the team. The team captured 22 awards in a competition at the University of Maryland on April 16. Those included six first-place awards and two overall wins in their division.

“I was so proud of the entire team, especially the rookies,” said Pam Roberts, one of the team’s advisers and coaches.

Five of the new dancers reached the semifinals in all their dances, and three of them placed in all their events.

It was the first major collegiate dance competition since the pandemic. More than 40 couples were in the newcomer divisions, and more than 20 in the Silver divisions.

“I was worried after the pandemic that we wouldn’t be able to get a team back together,” Roberts said.

Roberts expects all the newcomers to return in the fall for the next full competitive season. Practices and training, however, will continue during the summer. 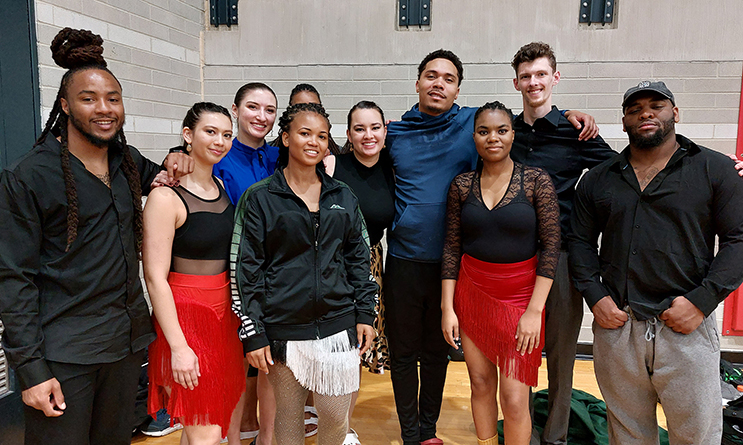