As a baseball player at Hampton High School, Dave Escobar drew interest from all levels of college coaches: Division I, Division II, Division III and junior college. He also was a good student, and wanted to attend a big school for that college experience.

“So I didn’t take any of the baseball offers seriously,” he said. 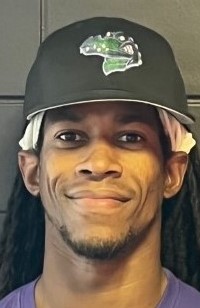 That was in 2008. Fast forward to summer 2021. He was surfing in Puerto Rico, admitting his life was pretty good.

“But something was missing,” he said. “I realized it was baseball.”

As soon as he returned home, he searched for local baseball teams and found Thomas Nelson. He finally became a college baseball player in the fall, and at age 31, could be the oldest junior college baseball player in the country. But he doesn’t want to stop at this level. At the end of the month, he’s attending an open tryout for the Frontier League, an independent professional league.

“I want to keep playing baseball as long as I can,” he said. “Once that’s over with, I’d like to coach baseball.”

Gators coach Todd Barker remembers receiving a voicemail from Escobar last fall. The coach called him back immediately and offered a chance to meet in person and go through a workout with the rest of the team to see where Escobar stacked up.

“I wanted to make sure, physically, he would be in good enough condition to be able to compete with these younger guys,” Barker said. “And to see if it was something he could realistically do.”

Escobar, who was in great shape for his age according to Barker, was.

“Now it’s just how much rust is on there and how long will it take for us to get the rust knocked off,” Barker said. “We’re still doing it, but we’re getting there. He’s able to compete day today with all these guys, no matter about the age difference.”

Escobar, who is an outfielder and pitcher, appeared in 15 of the team’s first 35 games. He was hitting .235, including a had a three-hit game. On the mound, he had seven strikeouts in 9 1/3 innings.

“Just catching up to game speed has been the hardest part for him,” Barker said. “Identifying a good fastball vs. a good slider, that part of the game.”

Escobar agrees although he said he got comfortable in the batter’s box before he was comfortable on the mound.

“The first 10 at-bats or so, it was a transition,” he said. “It was really hard to get back into things. The swing is there, the power’s coming back, too.”

Pitching was a different story. It’s not easy to relearn the mechanics when you’ve been away from the game for 10 years.

“It’s just been a real challenge to restore my arm strength,” he said.

About that decade away from the game. Coming out of high school, Escobar admits he “was probably a little more arrogant than I should have been.”

His plan to walk on at VCU didn’t work out. He played in an adult wooden bat league one summer but injured his hamstring. He moved to California, “did a bunch of different things, learned how to play music.”

“I had a lot of potential right out of high school to continue playing baseball,” he said. “For some reason, got caught up in life and never took those opportunities.”

That resulted in a 10-year stretch where he played in one baseball game. While he wishes he had the physical ability he had in his early 20s, some things are better in his 30s.

“It’s a lot easier to stay disciplined, stay committed to things,” he said. “I know exactly what I want and I’m going after it 100 percent.”

As a captain and elder statesman, Escobar already has taken on a leadership role. When his playing days are over, Barker can see him as a coach.

“He definitely has the mind for it,” Barker said.

Escobar never earned a college degree but is working toward an associate degree in sociology. He gives a lot of credit to his support system, which includes his girlfriend and a 2-year-old daughter.

“That’s the reason why I’m able to do this,” he said. “It’s extremely demanding, putting in so many hours of practice outside of this organization.”

Barker wouldn’t rule out Escobar’s journey leading to other older players returning to the ball field.

“I think that door is always open for somebody that has the ability and the vision and the dedication,” he said. “It’s not the easiest road, but you’re going to have an exception here and there. It’s definitely a possibility for teams.”

Speaking for his team, Barker is glad Escobar is a Gator.

“He’s come further than I thought he would,” Barker said. “He’s done well. I think he’s not as far as he wishes he were. But he’s definitely on the right track.”

Thomas Nelson Interim Coordinator for Athletics Angela Jackson announced the sports banquet will take place 3-5 p.m. Friday, April 22 in the Wythe Hall Gallery. The baseball and basketball teams and the cheerleaders will be honored.